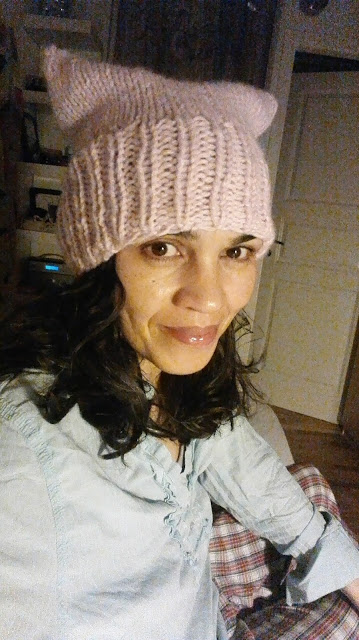 This is a super fast growing version of the Pussyhat, knit in the round, with a Kitchener seam along the top.

Here's a video demonstration of the Kitchener stitch by VeryPink knits.

To knit in the round:

Switch to 8mm. Knit until work measures 22-23cms from the cast on edge.


working to support the