New needles!
I bought a pack og these bamboo needles on ebay. I already had a set, but I'd bought 80cm length instead of 60 and I started to shorten them myself, which worked fine, but these are SO CHEAP! I just decided to buy another set. The only downside is that they smell extremely toxic. I wouldn't recommend these if you have  small children or are very sensitive to that toxic plastic smell. I left them by an open window, but I'd leave them outside for a few days if the weather would allow it. 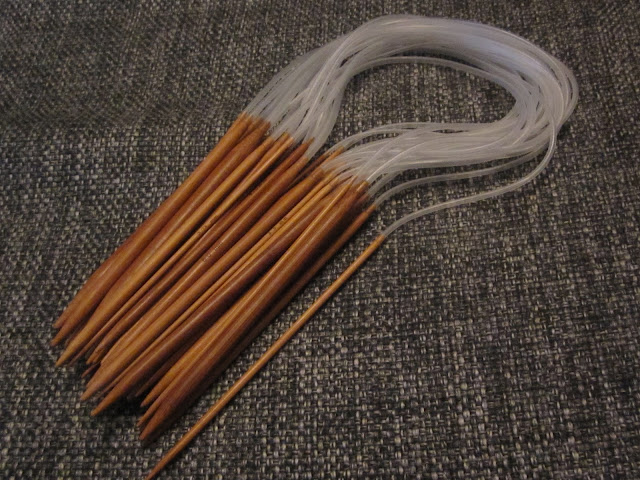 I love that they have the size printed on them. 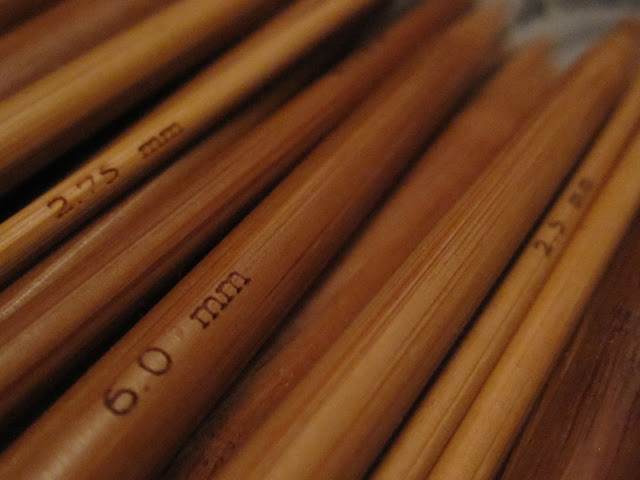 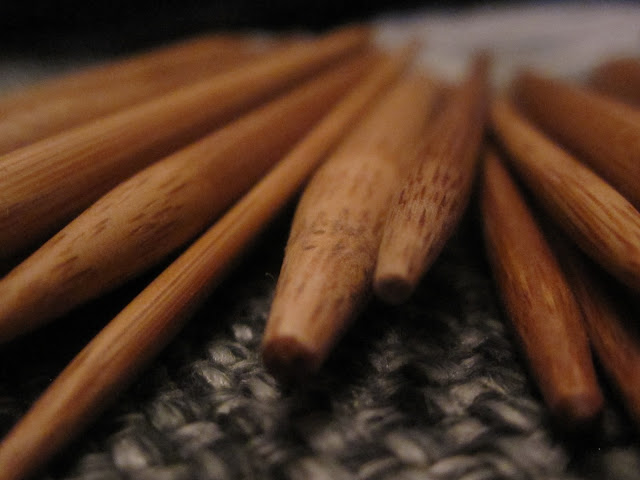 I have 2 Off White and 2 Dark Grey and one ball of the Denim Blue left.
I bought the Off White for sister in law #2. Mandolin Cable or something similar.
The Dark Grey was for brother in law #3. I'm extremely uninspired here. I'll find somethng. A beanie of some sort. 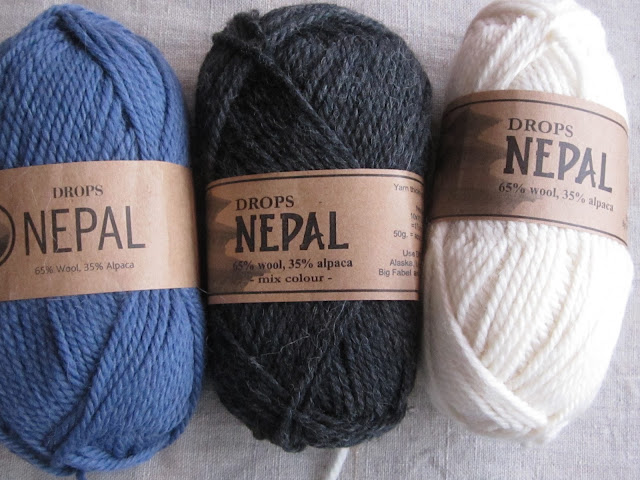 The King Cole blue merino aran was a Christmas present from my sister. It's divinely soft! No plans for that yet. The cotton blend I bought for another indoor hat. That grey one I knitted is so perfect, I'm lost without it! 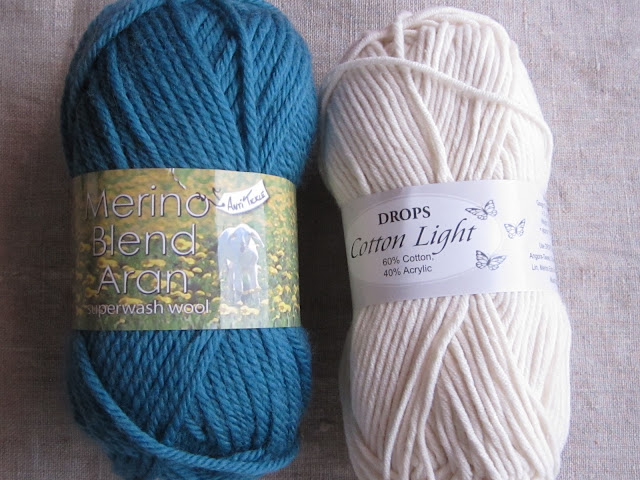 This was a Christmas present from my daughter. I've never used one of these, but I'm excited about trying it out. 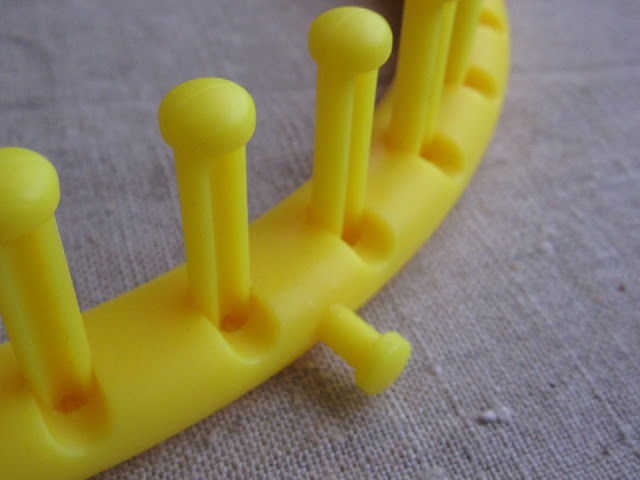 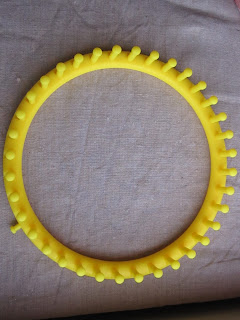 After watching the midnight mass from the Vatican on Christmas Eve, I went out and looked for cardinal pink yarn. This was the closest I could find. No plans for that yet, but I think I'll stripe it with the red, maybe...? The off white is for my daughter boyfriend, Mikal.
All from SparKjøp. 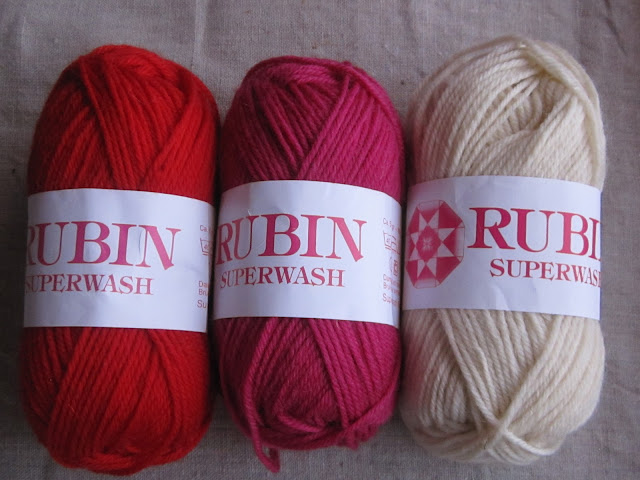 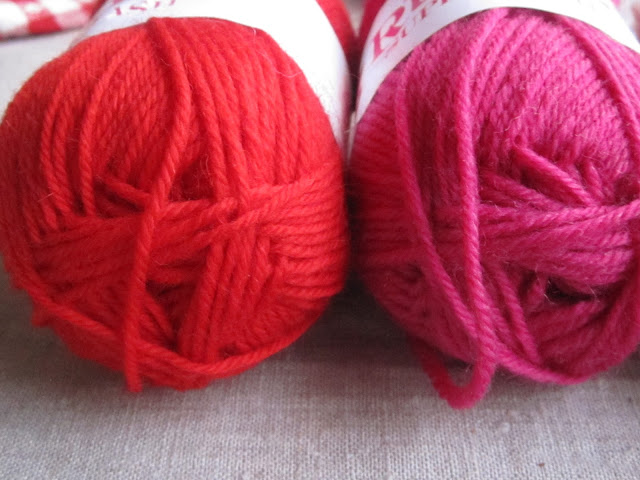 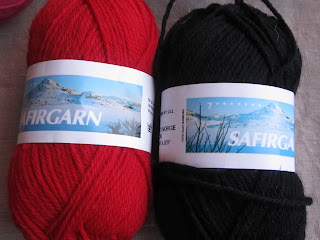 These are from SparKjøp too. Not sure why I bought two similar reds... ?
The black I also bought for Mikal, but I that was before I knew he wanted the off white. I gave Marnie (my daughter) a ball of the black and a ball of bright turquoise I had lying around. She's going to knit a striped hat for a friend. =D 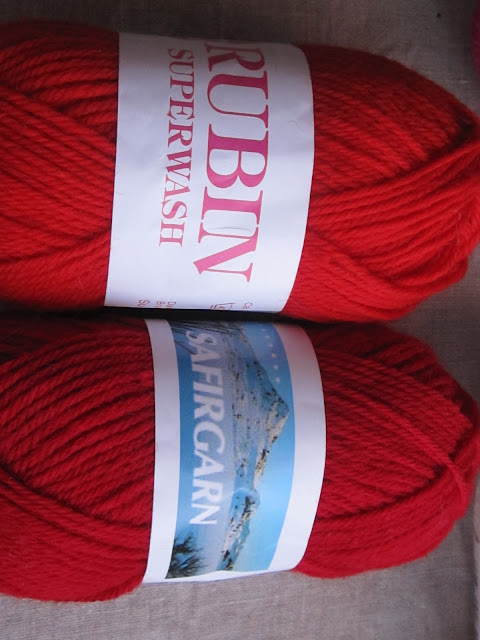 This is also reserved for an indoor hat. I do try to stick to natural fibres, but the Rubin Superwash is obviously not natural and this little baby is 100% Polyester!!! This will be another indoor/spring/summer hat. 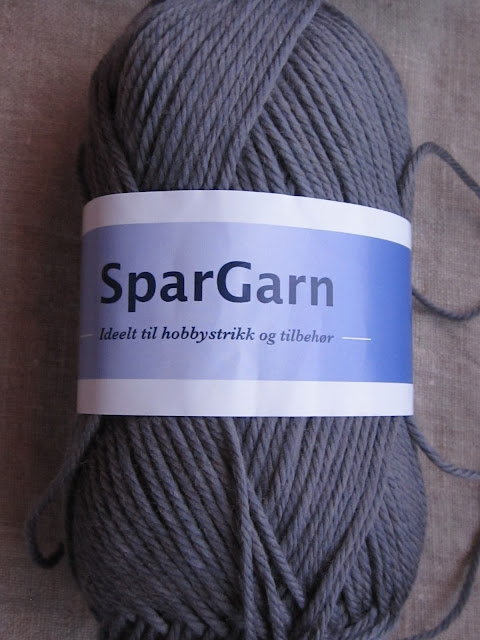