Some groovy, fun handbags and possible inspiration for craft projects... Google Images search results for 'bolsos en fique'. From what I can gather, that is Spanish for 'sisal handbags'.

"Sisal is an agave that yields a stiff fibre traditionally used in making twine, rope and also dartboards. The term may refer either to the plant or the fibre, depending on context. It is sometimes incorrectly referred to as sisal hemp because hemp was for centuries a major source for fibre, so other fibres were sometimes named after it."


It sounds and looks a bit scratchy, something I am not a fan of in any way shape or form, but the ideas, patterns and colourways could be applied to knitting or felting! 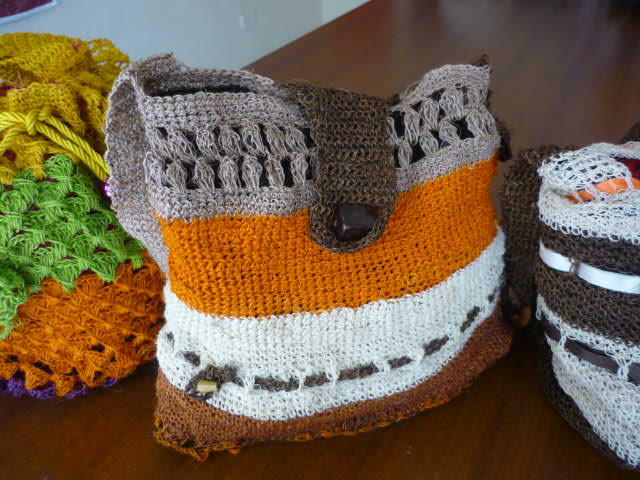