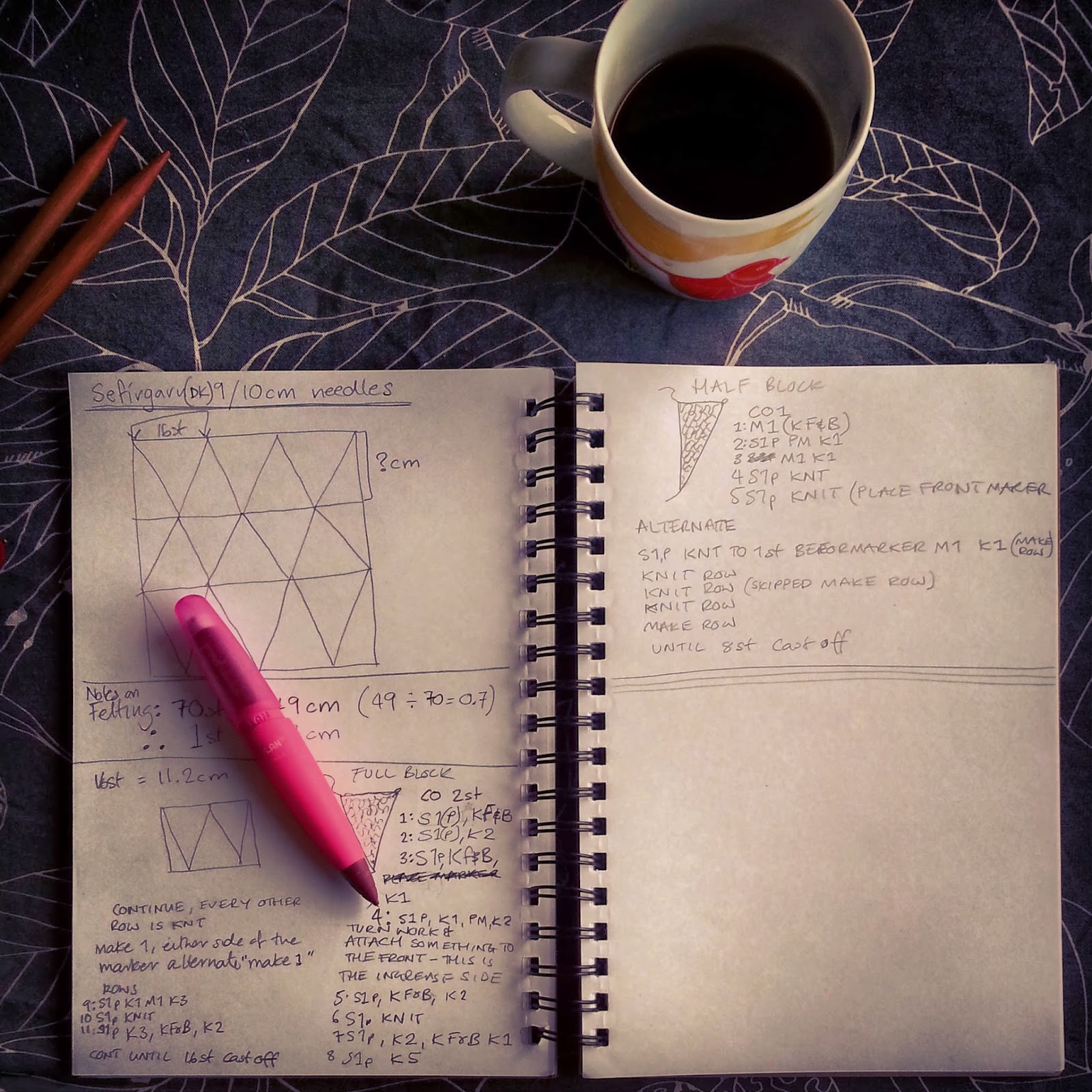 Triangles! I wanted a specific type of triangle, a tall, isosceles triangle, to be precise.
I couldn't find a pattern or a How to video, so I made one up. Here it is.

(These will be shrunk) 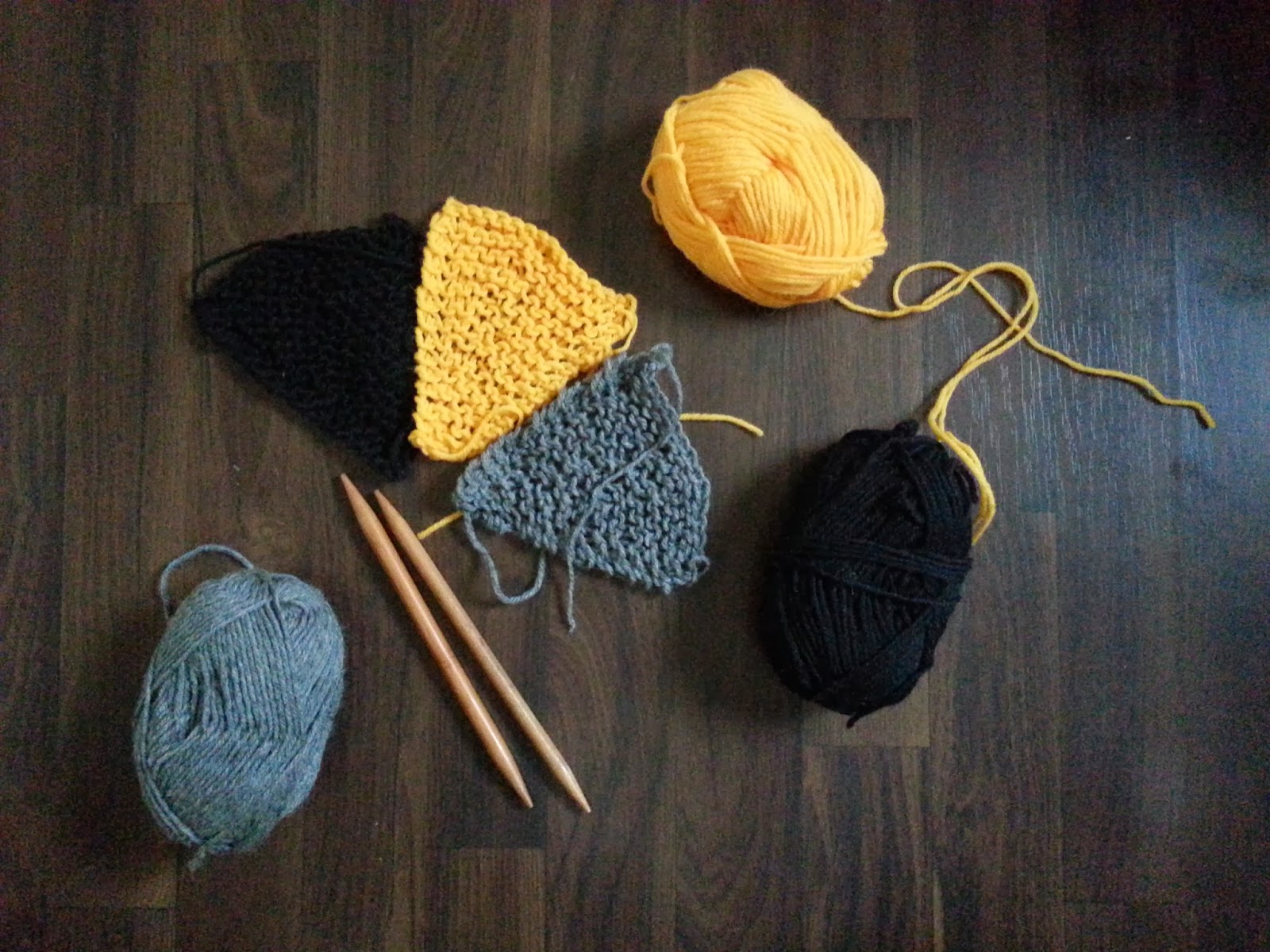 For these particular triangles (the finished project will be shared when it's done) I've used Safirgarn, which is DK, and size 10mm needles. (I've actually got one 10mm and 9mm... whoops!)

All rows begin with a S1. All M1 stitches are Knit into the front and the back, Kfb.

You can determine whether to increase before or after the marker simply by counting how many stitches there are on either side. If the stitches are even, work a M1 before the marker. If there is an odd number of stitches, then work a M1 on whichever side needs an extra stitch.

Alternate a Make Row with a knit row until you have 16 stitches, or the desired amount of stitches. This can be any amount, as long as there is an equal number of stitches either side of the marker. 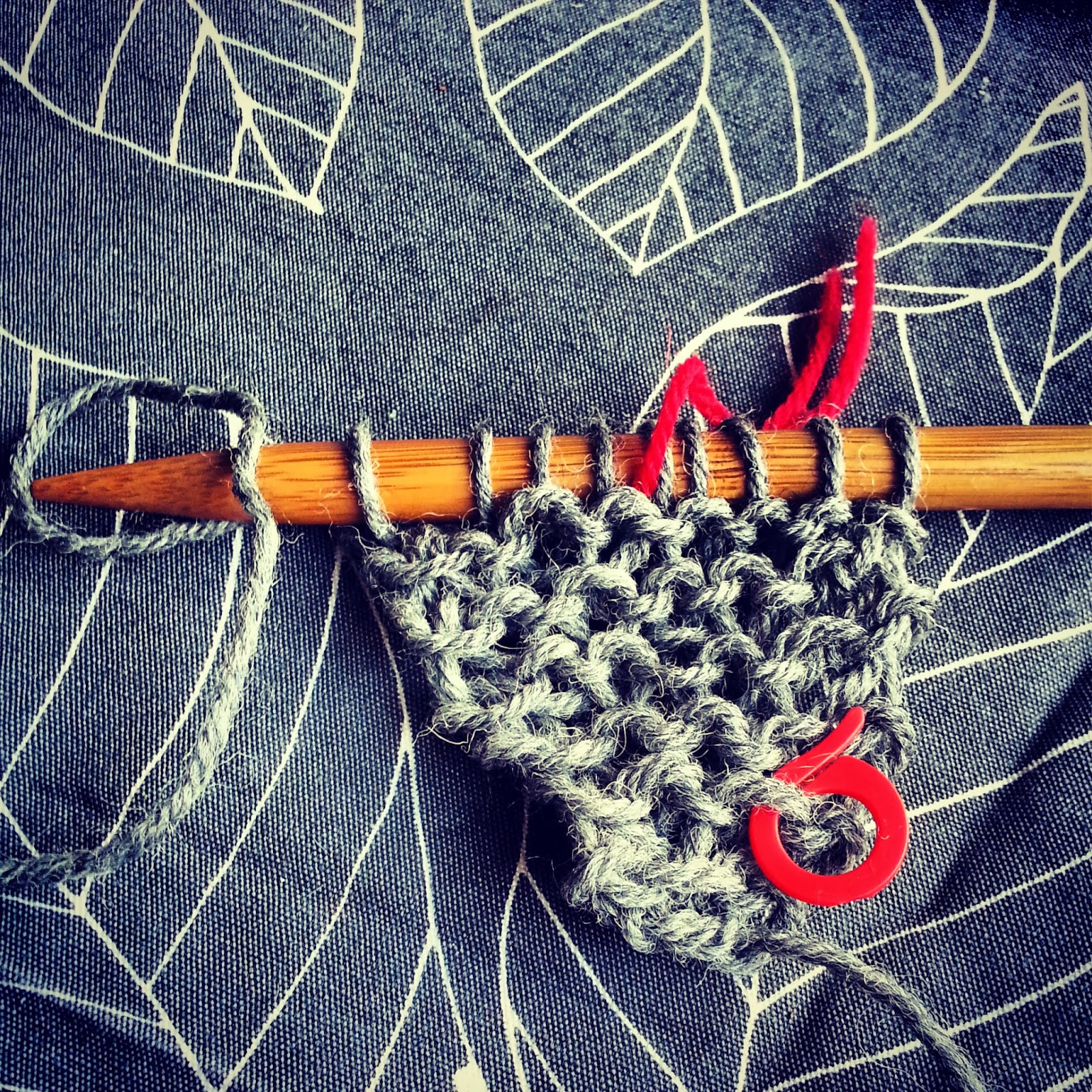 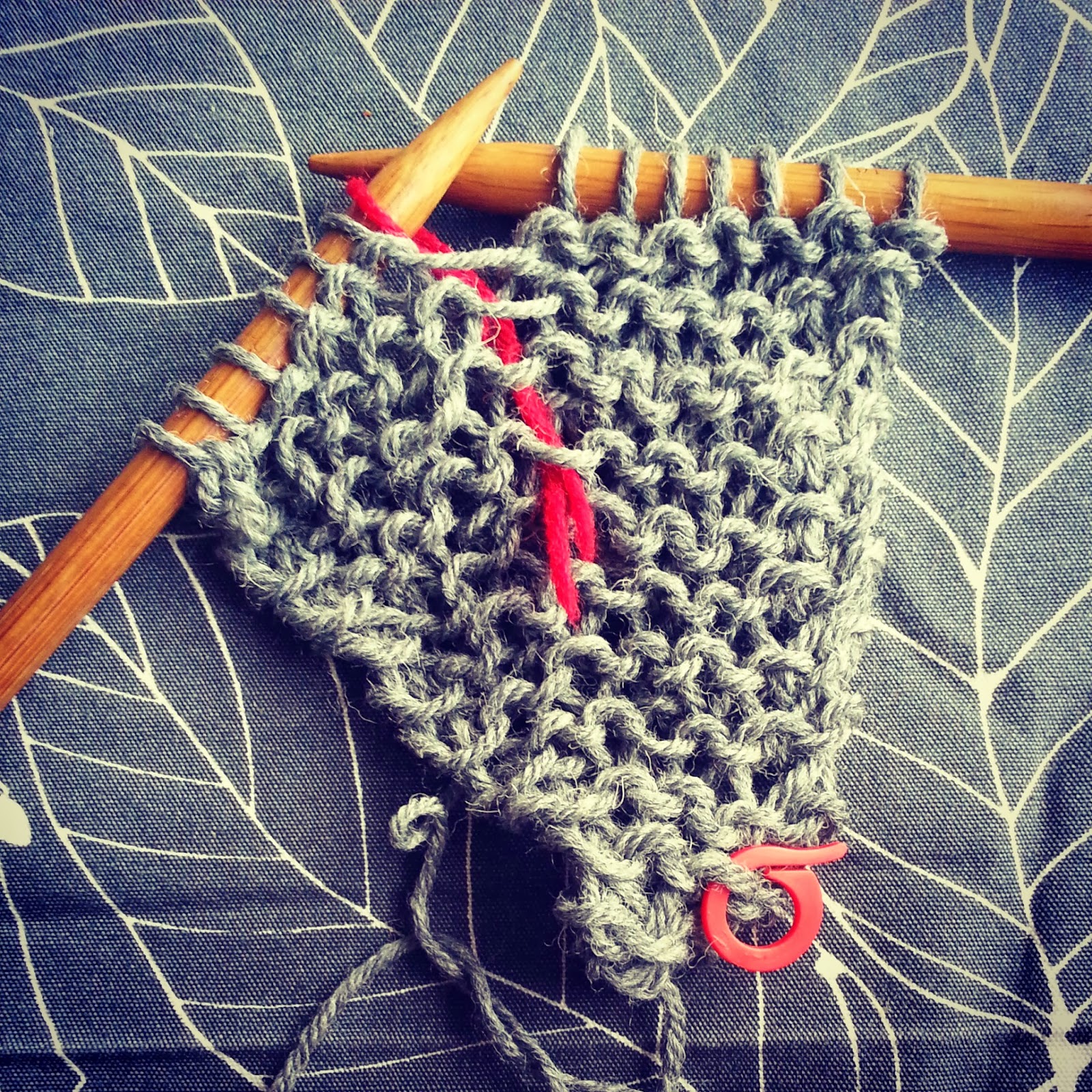 I will post the half triangle instructions at another time... it's been a long day!