With all that's happened lately, I thought it would be a good idea to start knitting again.

So, I started to knit New New Geometry triangles. I remember when I'd finished the last lot I did, after sewing them together and before felting, they made a really lovely fabric. So I thought I'd just knit up a load and maybe make a blanket.


I used this provisional cast on method, which I discovered makes a really nice, neat, stretchy cast on. Great also for hats, and so easy that it's now my preferred method.

I chained 29 stitches with a crochet hook, but instead of using scrap yarn I used the working yarn. I only chained 29 because the stitch on the hook counts as the 30th stitch. Then, with the same yarn, I picked up the stitches and just started knitting.. Unlike many other cast on methods, I find this one a very enjoyable process!

As you can see from the image, it gives a much better shape than the standard, sling shot method, which has very little give and actually crimps in the bottom corners of the triangle. You can see, it's actually puckered a bit. This would also  affect the uniformity of the finished blanket. I do remember the last project was uneven around the edges, but as it was being felted, I wasn't too concerned.

This project is on hold, as I used some Safirgarn (that had survived the desperate cull) and I need to get some more because it's an odd weight. Listed as DK, it doesn't match an other DK yarn I've got. But it is one of my favourites, so, even though this would be an ideal project to use up odd skiens and scraps, I'm happy to make the whole thing using only this yarn. It also yields a pleasantly balanced four triangles per skiens, each skien being 50g. 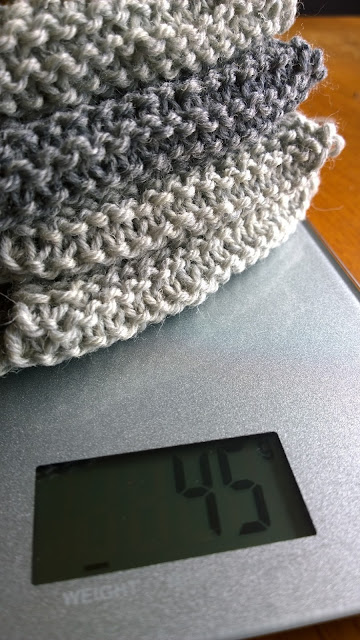 I've calculated the finished blanket to be 153cms x 204 cms, each triangle being approximately 17cms, it will be 9 triangles wide by 12 triangle long.
I can, of course, add more rows of triangles to the length, but the width, using the half triangle edges, will have to remain constant. 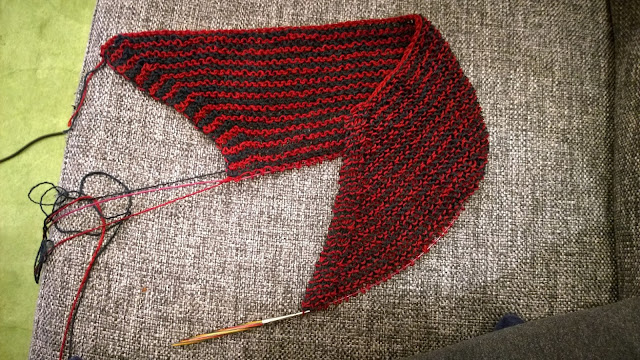 While I wait to get to Spar Kjøp to buy more Safirgarn, I've started this. I looked for a pattern for this on Ravelry, but couldn't find one and it's so simple, I thought I'd just make it up.

A good friend of mine recently gave me a bag full of yarn which she had sorted according to her colour analysis. She's Bright Winter and I'm dark winter. So I now have some beautiful, high quality wool in dark winter shades.

I say wool, but this first project is some sort of cotton blend, I think. Not all of the skiens had labels.

Using the same 'provisional' cast on method, I cast on stitches to the width I wanted the finished scarf to be (I don't know how many).

If I make this again, I'll only do a K2, or even a K1, at the beginning and end. I didn't mean for it to become such a feature of the finished scarf. 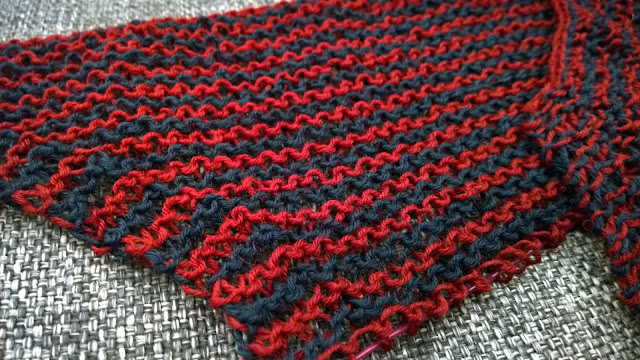 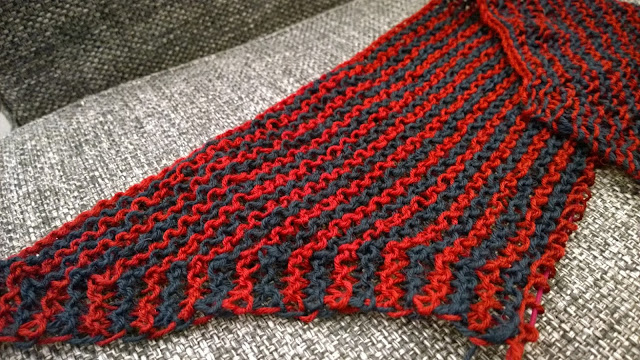 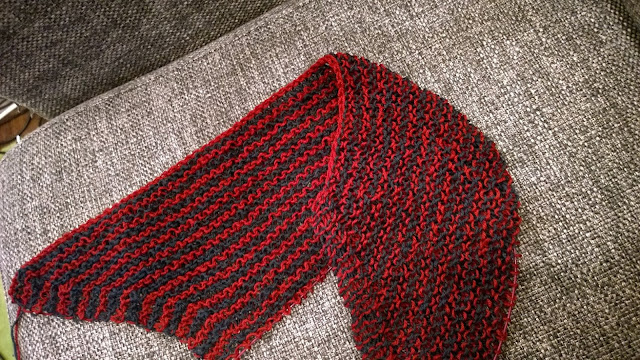 I'm changing colour every other row too, so I really don't have to think too much about this, which is exactly what I wanted... needed!