Two weeks ago, I had an appointment to have a tooth extracted. Over the road from the dentist's is a store called SparKjøp (SaveBuy!) They sell yarn. As a reward to myself, for having to suffer such an unpleasant experience, I decided I'd buy myself whatever yarn I wanted. Treat myself! With the help of my Dark Winter colour fan (and the remote help of my friend Jorunn) I chose this bright pink 100 % Merino wool.

The yarn is Strikk for Livet (Knit for Life) yarn, produced by House of Yarn. 10% of the cost of the yarn goes to help premature and newborn babies in Tanzania. 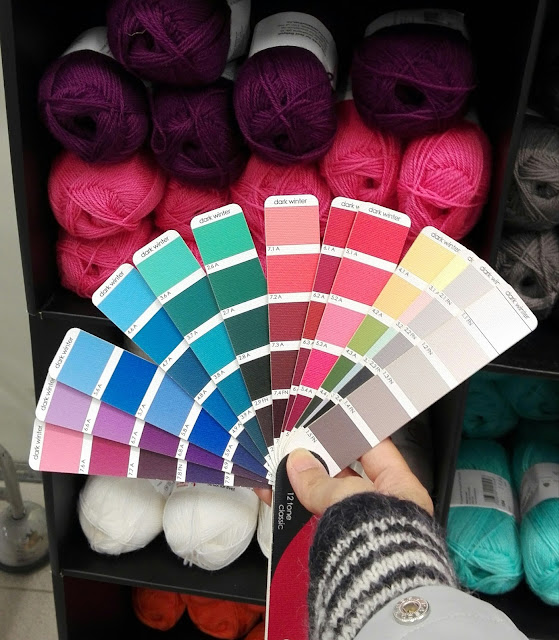 The label recommended size 3.5mm-4m needles, but after a conversation with another friend, Kate, I started knitting with 5mm needles.

After centuries of knitting socks, and then knitting jumpers with heavier yarn, it felt like this project took ages to grow. But actually, I finished it in less than 2 weeks! 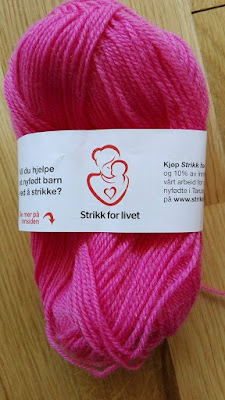 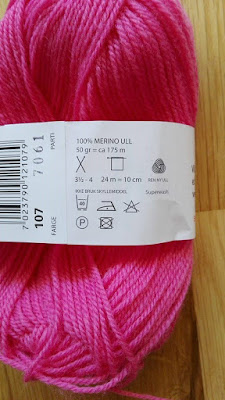 The finished jumper weighs 206g! If I'd known this beforehand, I could have made it with just 4 skeins of yarn.

Increase every other round.


Work until work measures approximately 22cms from centre neck back.
After all increases are made, there should be
[not sure about these numbers??? 248sts.  (body = 186st, sleeves = 62st) ]

Knit one round before dividing sleeves.

Body
Divide at sleeve markers and set sleeves on scrap yarn. Make 4 stitches under the arms and knit until work measures 56cms from neck.
K1, P1 for 3cms. Standard bind off.

Sleeves - knit 2 at a time on Magic Loop
Pick up 4 stitches under the arms. Place marker for under arm centre.
Decrease every approx. 4cms - decreases ar made 2st before and after marker (K2tog, K2, marker, K2, SSK) until there are 50st and/or sleeve measures 16cms from armpit.
K1, P1 for 6cms. Russian bind off. 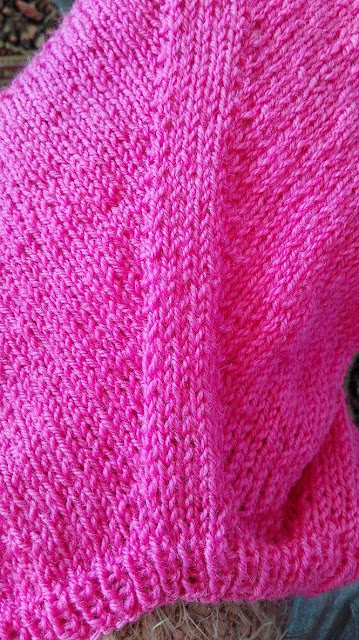 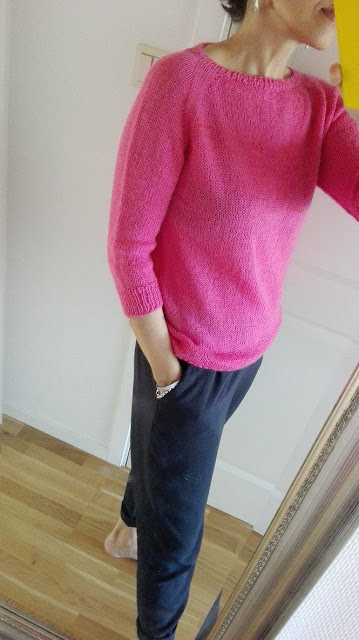