Regia Pairfect Sock Yarn - toe up vs top down

For my short review of this yarn read this post.

A couple of days ago, I posted this picture on a sock knitting FB group asking for advice. 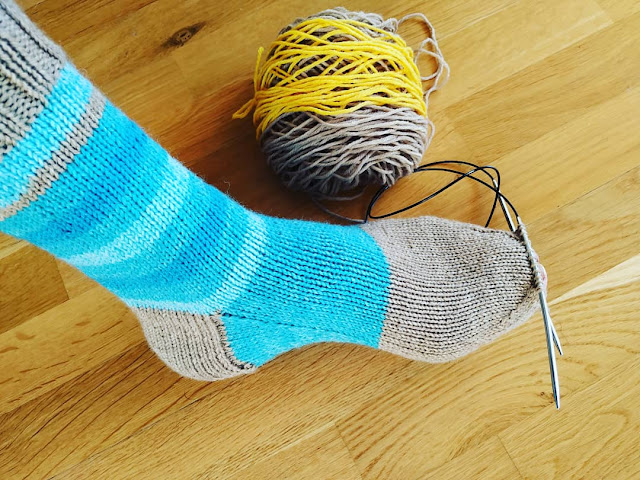 It was great fun knitting the first part of the first sock, but as I progressed,  I became disappointed with the way the colour was distributed. I prefer socks with a gusseted heel, because my instep is so high. The gusset used up more yarn than this Pairfect yarn is designed for, clearly. This meant the 'toe' starts half way onto the foot. Ugly, I thought. And look at all that spare yarn!

My questions to my fellow sock knitters, should I:
A) frog and knit with a simple heel?
B) frog and ignore the colour/knit toe up?
C)  just knit number two the same?

This was actually the second attempt. I'd already knit a sock and got to just past the heel before I realised that I didn't like the texture of the fabric. I had used 4 mm needles. So I unpicked/frogged that first sock and rewound the yarn into two cakes/balls, and started again with 3 mm needles.

This rewinding of the yarn into two separate balls meant I was able to see exactly how much yarn was going to be left unused. If I hadn't rewound it, all that yarn would be hidden inside the original 150g ball.

I have to say at this point that I do know how the Pairfect yarn works. I got a lot of replies in the FB knitting group from people explaining how the yarn works.

The response to the post was overwhelmingly in favour of C, keeping the sock as it is and knitting the second one. I decided to go with the majority (so unlike me!) and cut the yarn to sew the toe closed (Kitchener stitch). But, I simply could not cut that yarn.

That's when I had the idea to use the second cake/ball of yarn to knit the second sock differently. Which is exactly what I did.

I knit toe up, with the intention of using up all the yarn on a nice, long, ribbed cuff.
But something strange happened. Once I got close to finishing the second sock, I realised that I could indeed keep the first sock and have a pair of odd, upside-down matching socks. 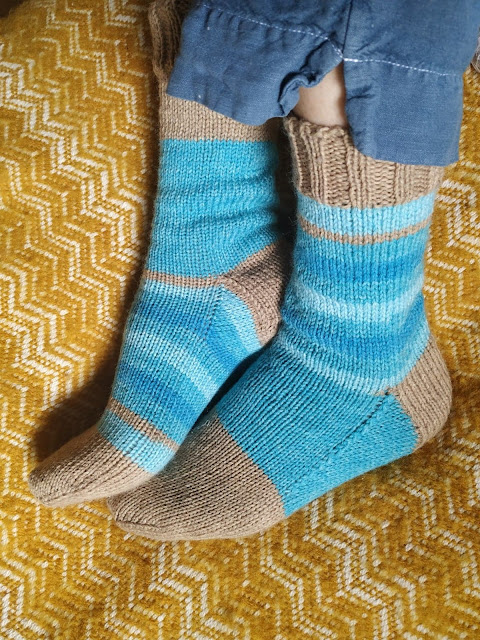 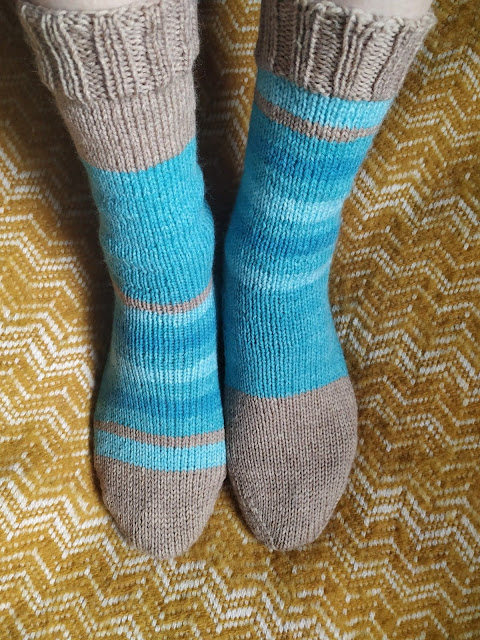 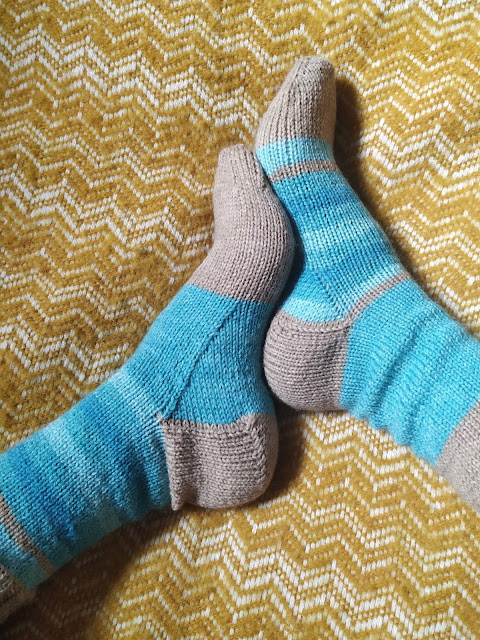 Toe up shown at the top in each of the following pictures. 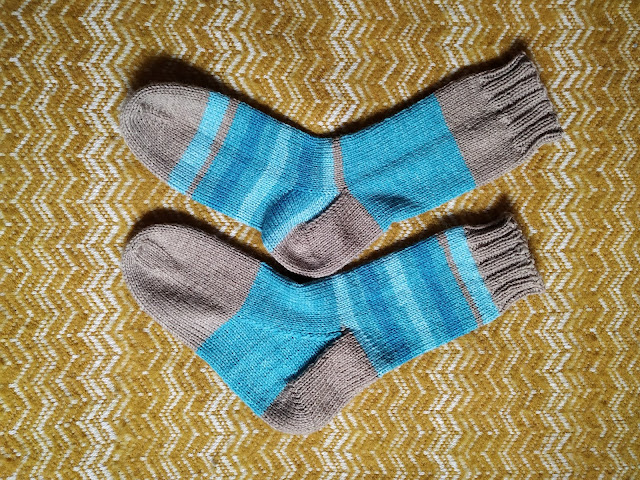 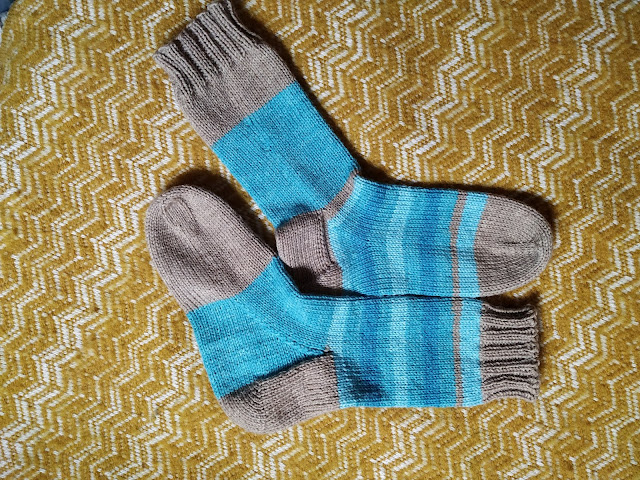 
For the top down sock I closed the toe using Kitchener stitch. For the toe up, I used Judy's Magic cast on. Here are some links to video tutorials:


Again, the toe up sock wins on the the neatness scale. Toe up is on the left in all pictures. 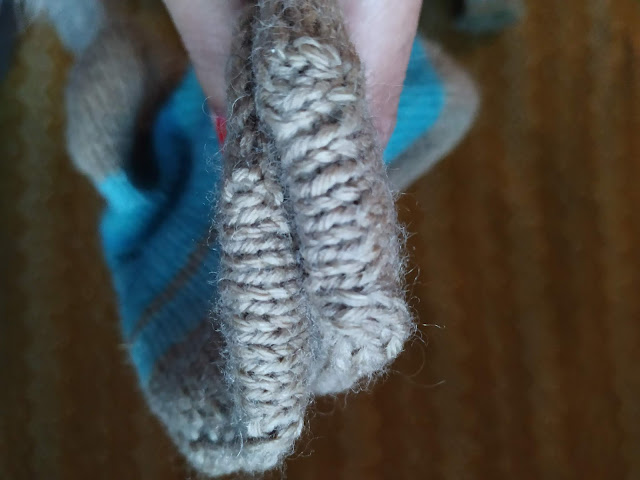 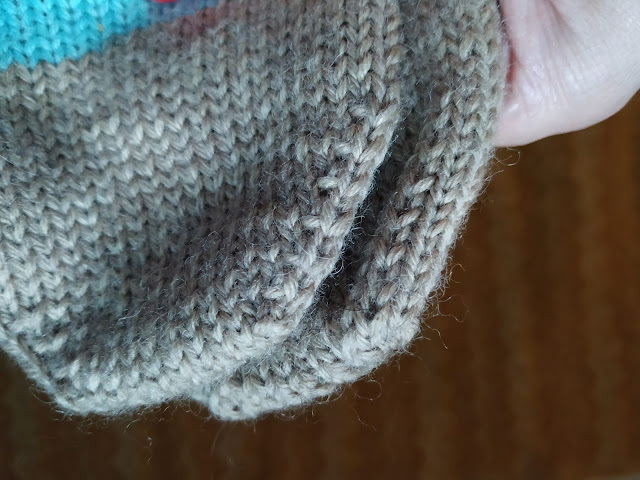 Also the cuff, cast on/off edge. Top down is at the top... Very different, but I can't say whether I have any preference here. The toe up, cast off edge is undeniably neater, but also maybe a bit boring.
I used the alternating cable cast on, for 2x2 rib. Alternating cable cast on is my favourite cast on for absolutely everything, but it is designed for single rib. Using it for 2x2 rib is a bit more involved, but, it is worth it if you love 2x2 rib as much as I do, and need it to be stretchy. Here's a demonstration, with a much neater result than I achieved here! 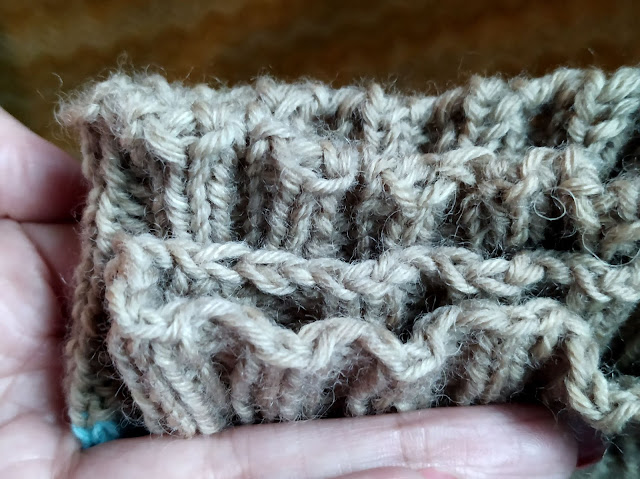 As mentioned in my review post, I won't be buying this yarn again. I feel the about of 'wasted' yarn is prohibitive, for me personally.  I've put waste in inverted commas because of course I'll use it up at some point.

If you have a Pairfect stories, I'd love to hear them.